Editor’s note: As we’ve often discussed on this site, one thing that authors of lab lit fiction often struggle with is finding publishing professionals interested in taking on the genre. Our regular contributor Rebecca Nesbit has had both fiction and non-fiction published by the traditional route, but here shares her experience with self-publication.

In 2002, neurologists presented the case of a 40-year-old school teacher who displayed sudden and uncontrollable paedophilia. He visited child pornography sites and made sexual advances on children, including his own step-daughter, before being evicted from the family home. He was found guilty of child molestation, but the evening before his prison sentencing he went to hospital complaining of a severe headache and the fear he would rape his landlady. An egg-sized tumour was discovered on his orbifrontal cortex, and once this was removed his new behaviours disappeared.

I read about the case in an old copy of New Scientist, and pinned the article to my noticeboard. My thoughts kept turning to the implications, for our criminal justice system and for the people around him. When his family realised the tumour had caused his behaviour, did they take him back? Could his step-daughter ever trust him again? Could he forgive himself? There is little information about the man’s fate, so I wasn’t able to answer these questions. However, they did spawn the idea for my novel Places I Don’t Belong.

I wanted to explore the impact of a crime not on the victim, which has been done many times before, but on a family. My protagonist is therefore the mother of a young man who has been accused of rape, and the other central characters include his brother, his sister-in-law and his lawyer. I intentionally made the mother proud – someone who considers herself respectable, a scientist who never dreamt she could be the mother of a criminal. The novel is her journey to understanding more about herself and about the world, and explores questions of whether any of us are responsible for our crimes.

When covid hit in 2020, it was over a decade since I first read about the unfortunate school teacher. I had a complete draft of the novel, and was very pleased with it, but no publisher. Like so many people during lockdown, I made some decisions that seemed sudden yet in reality had been building for a long time. One was to move house, and the other was to self-publish my novel.

For months I had been sending query letters to agents and had received interest but no takers, in a process that seemed unnecessarily disheartening for something I was doing for fun. When the commissioning editor for my upcoming non-fiction book went on furlough, I realised that my search for a publisher had just got even harder.

Tough as lockdown was, it was also a refreshing chance to re-evaluate the world. Amazon in particular was facing a lot of criticism, and I felt that now was the time to give something to people, not to support big businesses. One major route of publication was therefore out, so I decided to do everything myself and make the book available for free on my website.

This had the added bonus that I could present my research, which had taken me in fascinating directions. The stories I discovered included how the Virtuous Paedophiles support each other in not acting on their urges, how a rapist and his victim had ended up doing talks together, and how a man with lewy body disease had experienced the world in a whole new (and terrifying) way. I had visited courts and learnt about life in prison, and I wanted to share all that I’d discovered. By publishing the eBook myself I was free to put asterisks in the text to indicate which issues people could read more about on my website.

I also recorded an audiobook, which was made easier by the fact that home recording studios were in vogue. Recording and editing the audiobook provided a welcome focus for the weeks of lockdown, and it has been gratifying to hear from people who have enjoyed it. In particular, my aunt and grandmother listened to it together, and now my grandfather is enjoying listening. This is a pleasing thought at a time when families are apart.

This publication route will only reach a fraction of the people I would have reached with a major publisher, and I am reliant on readers to spread the word. However, my motivation for writing the book was to explore complex issues and encourage other people to do the same. So far, it seems that is working. Thank you to everyone who has read the book, discussed the issues, or spread the word.

A regular contributor to LabLit.com, Rebecca studied butterfly migration for her PhD, then trained honeybees to detect explosives. Her projects since have ranged from a citizen science study on flying ants, to accompanying Nobel Laureates on visits to universities around the world. Most of her fiction features science and scientists, and she has written two lab lit novels. She has also written one popular science book, Is that Fish in your Tomato?, and is working on a second. She tweets as @RebeccaNesbit. 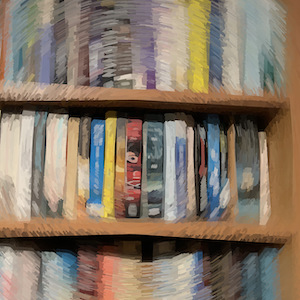